The Evolution of Eyelashes

Why is it that everyone talks about natural beauty, yet we still find flake eyelashes attractive

A French once said something like: The sexiest part of a woman is not her breasts, but her long eyelashes. But what should I do if my eyelashes are not long enough? You can use mascara, or the same sort of chemical product to grow eyelashes. But there is another shortcut: put on false(some people may call it “fake”, it is the same thing) eyelashes. The difference between those two different ways is: mascara is more of a modern product, and false eyelashes are not the cleverness of modern invention, our ancestors had a history of using it.

However, no matter how restrained the church was, in the entire history of mankind, long eyelashes have been recognized as beautiful and fashionable.

Author of "Natural History", the ancient Roman encyclopedic writer Pliny the elder once commented on eyelashes: "The eyelashes are extremely sexy incarnations, so it is good for women to have normal length eyelashes, which can show the chastity." Pliny the elder was too conservative. But this did not prevent women in ancient Rome from drawing eyeliner, just like they do nowadays. It is probably because long eyelashes and eyeliner have the same effect, they both make the eyes look more deep-set.

Although eyeliner and mascara would make your eyes look more presented, the charm of eyelashes has never been replaced. And That is why in the 19th century, when eyelashes became a trend, there was an extreme method for beauty, transplanting human hair onto the eyelids. It is told that people who perform this kind of surgery will suffer a considerable amount of pain. It was the French Parisians who invented this cruel operation. The original method of use was to use natural human hair to sew into the eyelids. This method does not require the use of anesthesia, and so you can imagine how painful the process was.

Therefore, those who cannot endure this kind of surgery are more willing to choose to use adhesive false eyelashes. The eyelashes are made of natural human hair, glued to silk, gauze, or fish skin. However, adhesive-type false eyelash products have caused a lot of trouble as it evolved. In 1879, a writer of The Royal Cornwall Gazette mocked and commented: "A few false eyelashes were floating on the tea while she was drinking, yet this lady was still chatting with others without knowing it." Although Anna Taylor obtained a patent for the invention of false eyelashes in 1911, it did not become a more popular beauty product until 1916, and movie actresses were the main consumer group. In the same year, when D.W. Griffith was shooting the film Intolerance, he wanted actress Seena Owen to have eyelashes that "brushed her cheeks", so he asked his assistant to put false eyelashes on Seena Owen with the glue that Halloween used to put a false beard on. According to another actor, Lilian Gish, she later wrote: "In the morning, Seena Owen came to the studio, and her eyes seemed to be blurred by her eyelashes. But in the lens, she was beautiful." By 1921, actors liked to wear false eyelashes, some people even said that wearing false eyelashes could protect the glasses from fluorescent light. And so women flock to the salon to plant their false eyelashes. A columnist later wrote: "If a beautiful girl looks at you and looks at you through her long and thick eyelashes, don't just fall in love with her. You have to know that this eyelash-ish eyelash may not belong to her, at least not until she buys it with money." 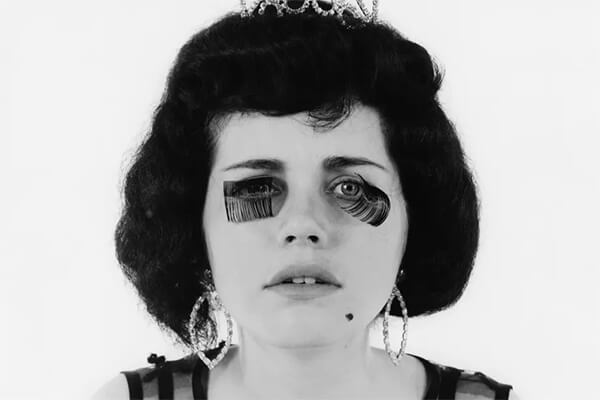 By the 1930s, false eyelashes became ubiquitous, and the types also increased, from black, brown, and gold in color. In 1923, the eyelash curler invented by Willian Beldue also promoted the further promotion of false eyelashes, because the eyelash curler allows the false eyelashes to be aligned with the real eyelashes and looks more realistic. Vogue praised it like this: "False eyelashes give women a charming flicker." It was also at the same time that eyelash grafting techniques appeared. At the time, eyelash grafting was not that much different from what we are using nowadays. They used a strong glue and used tweezers to stick individual eyelashes onto the eyelids, which could last a long time after completion.

By the 1950s, there were more and more types of false eyelashes, and plastic artificial hair was used instead of real hair. Some cosmetics manufacturers, such as Andrea, which was established in the United States back in 1963, began advocating consumers to choose the so-called "eyelash goddess." At that time, Andrea had produced 20 kinds of false eyelashes. Throughout the 1960s, 20 million false eyelashes were sold. The British supermodel Twiggy, who has become popular in the fashion world with dense eye makeup, always wears thick false eyelashes on her upper and lower eyelids. She is also known as the "goddess of big eyelashes."

However, in the 1970s, more natural makeup was popular. The makeup of false eyelashes is no longer so popular. Especially in the 90s, the most popular aesthetic is minimalist makeup. It is not so fashionable to put on too exaggerated false eyelashes anymore, not to mention that sometimes they may fall into your teacup. Only Madonna would spend $10,000 a pair of false eyelashes made of fox hair and diamonds to the concert.

Although too exaggerated false eyelashes are no longer the most fashionable way, "long eyelashes is beauty" has become a unique criterion. But it was probably that put on and put off false eyelashes every day is such an inconvenient thing to do, you must know that although women love beauty, they also need to pay attention to efficiency. Nowadays, the eyelash grafting technique that appeared in the 1930s is a more popular way to grow eyelashes. Beauty blogger Tracy Quan called these grafted eyelashes made of synthetic fibers and mink hair "a woman's second breast."

So, where do these false eyelashes come from?

In 2013, the Victoria & Albert Museum in the United Kingdom exhibited a pair of false eyelashes worn by Katy Perry. This pair of false eyelashes was provided by the Eylure company, which was established in 1946. Katy Perry also launched a joint series with this brand. Eylure is not only the favorite of Elizabeth Taylor, Nicole Kidman, and many other celebrities, it is also a product designated exclusively by the British royal family, with a market share of about 60% in Europe and over 75% in the UK. 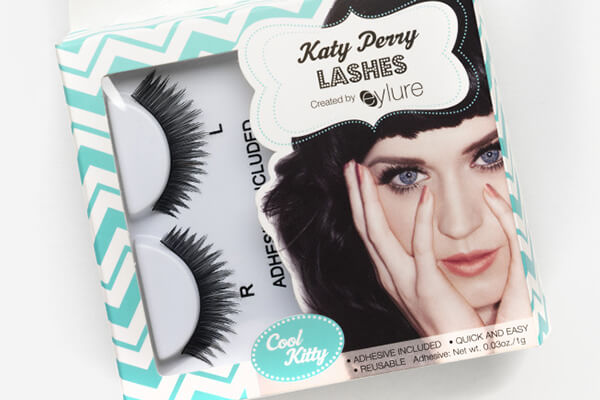 Despite the low cost, the love of women for beauty continues to bring a lot of profits to the industry. In 2010, in the United States alone, women spent 537 million U.S. dollars on mascara (this data does not include sales data from Wal-Mart stores). And the business of false eyelashes brings about 44 million in revenue every year. So, therefore, selling eyelashes is another considerable income.

We are always providing our customers with reliable products and considerate services.